Selena’s Amelia Lutz (8) tries to flip the ball away from Coldwater’s block. . .

SELENA – The fans who thronged the Selina Middle School Volleyball Hall on Tuesday for the Coldwater and Selina volleyball game didn’t change, although Coldwater fans, coaches and players weren’t happy.

The Cavaliers took the first set 25-23 before the Bulldogs took the next two 27-25 and 25-23. Coldwater won the fifth set with a 25-20 victory in the fourth set. Selena then used a superb serve by Alison Schwettermann in the final set to take the lead forever and take the win 15-10.

“Coldwater is a great team,” Celina’s coach Phil Bang said. “We knew we had to bring everything in tonight.” “It was kind of a ‘kitchen sink throw’ night. Our girls did a great job responding to that pressure in a big game environment.”

“The level of volleyball in this area is high and competitive,” said Coldwater coach Nikki Etzler. “Exactly where we want this as coaches. It is a match to prepare for the MAC Championship. We are now moving through some things emotionally and bringing some people back (from injury). It is good to see where we are now.”

Coldwater had to battle his own six-point deficit to take the first set. After 14-8, the Cavaliers rebounded and sent Madison Wendell four straight points to cut the margin to 14-13. Selena pushed the difference to 18-14, but Mia Knappke used several of Selena’s hit errors to make it 19-18 at Coldwater before Selena tied the set again at 19 points. With the score clocked at 21, Selena was called up for being in the net, allowing Kendra Clone to bring Coldwater back into the lead to stay.

Selena had the next two sets, but in the second set, the Bulldogs lost a 17-9 lead as Coldwater fought back with a powerful serve from Mia and Kira Knocki, with Kira Knabeki using four points to tie the first set at 22-all, then gave Coldwater 23 -22 bullets. Coldwater was the first of 24, but killing Ava Knapke made the group 24-all. Coldwater also scored a set point at 25-24 before Ava Knappi climbed to equalize again. Amelia Lutz hit the ball to Cavalier’s side from the ground to give Selena a set point, then the Cavaliers called for a double kick to tie the score 1-1.

The third set also fell into the wire as Lutz scored some big hits early on, but several of Cavalier’s extended hitting errors allowed Selena to win the platform to lead 2-1.

In the fourth set, Coldwater jumped early and deflected Selena’s chances of a tie to force the winner to win it all.

Selena won the right to serve first and jumped 3-1 early, but Coldwater worked his way up again to get a tie at 6, 7 and 8 before Schwettermann returned to serve. The Bulldog Libero came in big because Knapke had a block, Payton Bertke faked the group and directed the ball to Cavalier’s side for a kill and Evie Holstad came in with a big kill to help make Selena 12-8.

“Alison is a great defensive player, but her serve has come along this season,” Pang said.

Coldwater only managed to get two more points. Brooklyn Bourne gets a match point for her 18th kill of the night and Spike Cavalier then heads off the border to finish the set.

“It’s a big credit to our team for coming together, ready to fight for big points,” Pang said. “The first time we played five sets all season.”

In addition to her 18 kills, Bourne had 36 pits and five aces while Lutz finished 17 kills. Bertek had 49 holes and recorded her 500th hole during the match.

“Those were our seniors,” Pang said. “They came in a big way.” “It was an all-out effort.”

“We will face this loss, recover from it and keep moving forward,” coach Itzler said.

The two teams return to the league on Thursday. Selina hosts Ottawa Glendorf in the Western Buckeye League match and Coldwater hosts Versailles in the battle of the state-ranked third division teams. 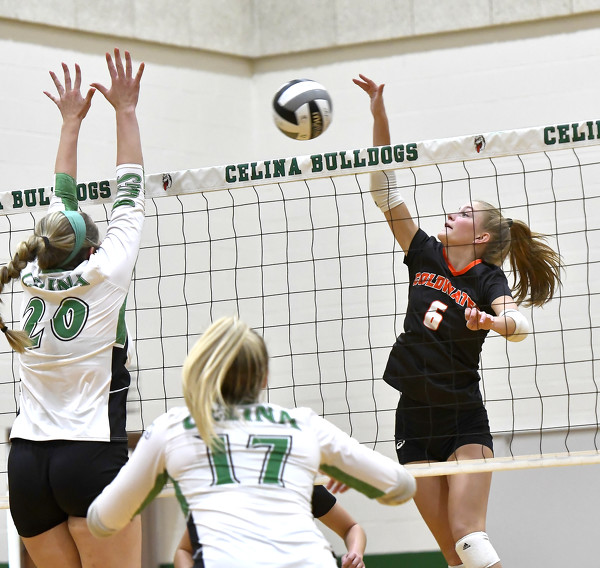 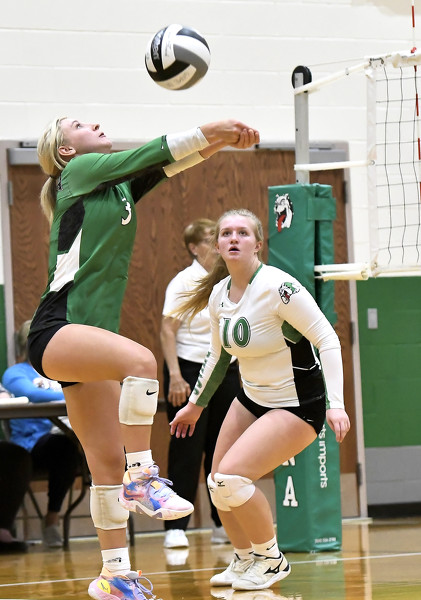